Kasane Randall in Scarlet Nexus is one of the playable characters and main protagonist of the game, as well as a Companion character. In Scarlet Nexus, players take control of Kasane Randall or Yuito Sumeragi, who are the new recruits of the Other Suppression Force or OSF, an elite force that is humanity’s last line of defense.

Who else is going to save them? This isn't a question about if we can do it. We have to.

An elite soldier with superb fighting skills and power, she was scouted by the OSF and has graduated at the top of her class. Cool and confident, she is usually indifferent to people around her. She reveals her real kind self only to the ones she trusts

The hand-made hair ornament that Naomi gifted her is Kasane's most prized possession. She is frequently having strange dreams about "red strings". The meaning of those dreams is still a mystery to this day. Kasane Randall is a cool and pragmatic girl who acts indifferently to others but has an unparalleled sense of battle. She joined the Other Suppression Force after being scouted. She graduated OSF training at the top of her class.

Kasane lost her parents to an Other attack when she was younger. Subsequently, she was adopted by the Randall family. The Randall family operates the military contractor, Randall Industries. Her adoptive parents never treated her like a real daughter and disciplined her harshly. Kasane has a deep emotional attachment to her adopted sister Naomi Randall. She was the only one who showed her any kindness to Kasane grow. 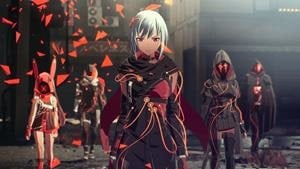 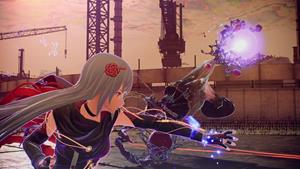 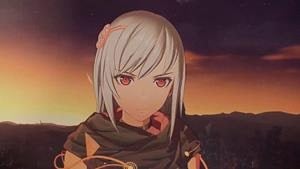