New Game Plus for Scarlet Nexus contains information regarding the following assets that can be brought into playing another playthrough after finishing the game for the first time. Players will see some differences with the initial playthrough, and get to carry over certain progress.

How Do I Unlock New Game Plus?


By now, you are aware that there are two Main Playable Characters of the game: Yuito Sumeragi and Kasane Randall. And it is up to you who you want to choose who to play as for your first playthrough, but it is recommended that you play as Yuito first to have a better understanding of the game's story. It is quite simple how you unlock New Game Plus, just beat the playthrough for the first time of your chosen character - EX NEW GAME is Scarlet Nexus version of New Game Plus. 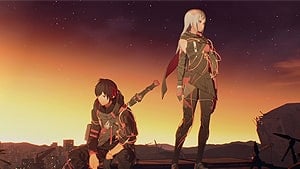 How do I Start a New Game Plus?

Upon beating the game as one of the Main Playable Characters, the game will ask you to create a "Clear Save".  For EX NEW GAME to start, you must load the Clear Save File you created. Remember that Post-game save files will not work here, and only Clear Save files will. So be careful that you do not accidentally delete it, or else, you're back to zero. If you want to carry over secret weapons for the Main Playable Characters and Companions, defeat the final boss again to create another Clear Save file. Upon loading the clear save, you will resume your playthrough at the Hideout.

What Happens if I Finish Both Stories of the Characters?


So you've beaten both stories of the Main Playable Characters, what happens from there? Well, if you're a perfectionist, you can keep grinding through your clear saves and farm for a special material used to acquire a very rare Weapon for both the Main Playable Characters and Companions of the game. And that material is called the "Phantom Art". Keep in mind that one Phantom Art is used per weapon, so you will need to beat the game 10 times to acquire all of these strong weapon variations for all the characters. No additional story will change, but there are extra quests that you can find across various Locations, and at the same time, you will be able to swap between the two protagonists at any time. (Provided that you've completed both Yuito and Kasane's story) 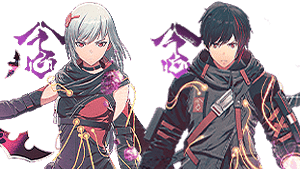 What is Carried Over in New Game Plus?

Here are the following features that carry over upon starting EX NEW GAME:

Features that are not carried over: