New Player Help for Scarlet Nexus covers various information and guides that will help a player understand the basics of the game's mechanics as well as recommended things to do before starting the game. The aim is to help all players to further understand the game and to know what it has to offer.

Use SAS in Combat! 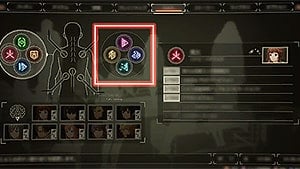 Struggle Arms System (SAS) is pretty much your best friend here when you are in combat. As the game progresses, you'll have different Companions who will hop in and out of your playable character's party such as Yuito or Kasane, eventually, leading up to the point of the game where all companions will be in reserve. You will encounter various types of Enemies here and it is best that you use SAS as much as you can such as SAS: Pyrokinesis, SAS: Clairvoyance, SAS: Sclerokinesis, so that you can borrow the Companions' Psycho-Kinetic Abilities. Although it is recommended that you use it as frequently as you can, but it is still important that you manage when to use it and for how long since each SAS ability has a cooldown and needs to recharge before you can use it again.

Look Around Your Surroundings 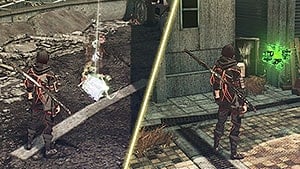 In Scarlet Nexus, the many locations here are not that large, but despite that, you still need to keep an eye out for any Resource Caches lying around. And there are two types that you can find her. First are the Green Resource Caches which contain random items such as Battle Items, Plug-in, and Presents. On the other hand, the ones that are glowing in White are Materials that are either scattered around a location or dropped by enemies. Materials are data that can be sold to a merchant named Satori the Archivist in exchange for

. Green Resource Caches can also easily be spotted on the mini-map since it shows a green icon.

Where do I Buy Items? 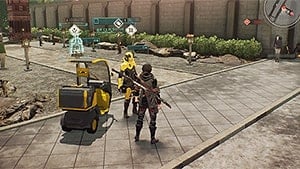 Scarlet Nexus features a primary Merchant or Shop where players can buy items, and that is Satori the Archivist. Satori is an NPC who you'll see most of the time in the various Locations of Scarlet Nexus, and you'll see him at various points of a location, specifically at areas before reaching a marked objective. Speaking to Satori allows you to manually save your game and fully replenish your HP as well. Apart from that, Satori's list of items sold in the shop becomes updated over time as you progress the game. Make sure to always read the Brain Messages sent by Satori and check the shop when you can during Phases of the game and in-between a Standby Phase. - if you also have DLC Add-Ons, you can collect these and add the items to your inventory by checking out Satori's shop.

How Do I Save My Game?

The game autosaves as the story progresses or when moving to a different location, but on the other hand, if you want to save manually, talk to a Recorder (Satori, the Archivist) that is in the location. Satori can be found in every single Location in the game and usually, Satori is stationed near marked objectives, before reaching it. Satori wears an all yellow OSF-made suit and on the mini-map, you can see that Satori is marked with a yellow marker. 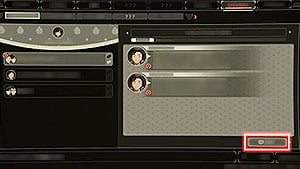 Apart from progressing the story of the game, you also have the task of building a good relationship across your Companions, and by doing so, improving the relationship empowers the corresponding Struggle Arms System (SAS) ability that resonates with the companion. It is possible for you to miss out on this, especially if you just want to progress the main campaign, but always check your Brain Messages and answer the people who send you those messages.

You will receive messages from various people as you progress through the story. You can view messages on the main menu library screen. You can also open the Brain Message screen directly with

. Replying to a Brain Message gives a bit of lore across the story and background of an NPC and it also triggers Bond Episodes of a companion. You may sometimes wonder, why am I not getting a Bond Episode from this certain companion, well, have you checked your Brain Messages and answered back? Check them from time to time.

Do Not Overuse Brain Field! 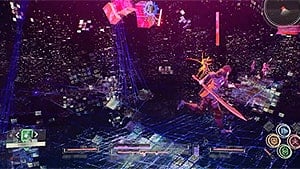 At some point in the game, as you progress, you'll gain access to a combat tactic called Brain Field. Brain Field is a Psionic ability where your character can create a special space called the Brain Field by heightening their power to the maximum. Once it is deployed it becomes active for a set period of time. With Brain Field, it allows the player to use Psychokinesis attacks without restrictions, however, the burden on the user becomes very high. If you use it frequently or for long periods of time, it disrupts and damages the character's brain. And losing control of the brain will lead to a Game Over. So only use it when you think you need to, and disable it by pressing the corresponding buttons before it leads to the death of your character.

How do I Change Companion Tactics? 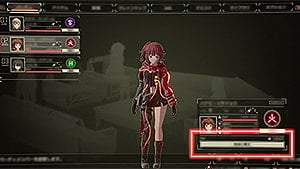 The Companions in Scarlet Nexus play an integral role in the combat aspect of the game. Although they are just AI, they actually do help a lot given the right tactics. Each Companion is different since they all have different Weapons and Psycho-Kinetic Abilities. Once you have multiple members in the party, you can always switch up their tactics on how their behavior will be in combat. You can change the tactics by opening the Party Screen and choose the pre-made commands for the active party member. You can change tactics by pressing

in the party screen. Directing your allies according to the situation can give you an advantage in battle. Here are the following tactics: 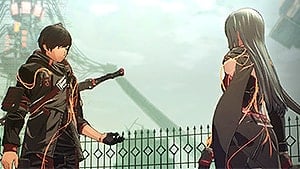 Bond Episodes vary depending on who you are playing, but one thing for certain is that each Companion consists of either 4 or 5 Bond Episodes each. And what's the purpose of it? Every time you complete a Bond Episode, you increase the Bond Level of that companion which results in increasing the Level of the Struggle Arms System (SAS) ability. Increasing the level of a Struggle Arms System (SAS) ability up to a max of Level 6 grants various buffs and additional combat tactics such as increasing the effect of the ability or having the companion execute certain actions such as taking an attack for you.

How Do I Identify a Bond Episode? 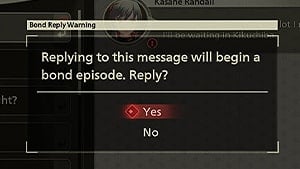 If you are to speak to an ally, you will usually see this icon 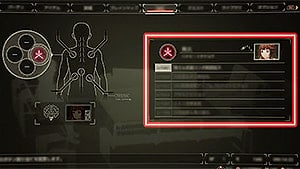 If you want to further increase your Bond Level with a Companion so that it is easier for you to trigger Bond Episodes, then you can provide a companion with Presents. When you are at the Hideout during a Standby Phase, you can give these Gifts to further strengthen the bond. But not all Presents are to be generally given to the companion when you open the gifts menu when you want to give a present, you will see in the menu which character will take the item. Normally the companion's portrait is highlighted, but in some cases,  companions marked with the heart icon

will highly value the gift and will further increase your bond more than it might with other characters. 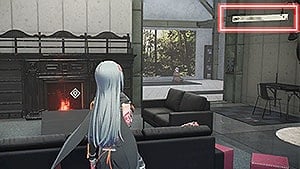 As you interact with your allies, as well as partaking in Bond Episodes, your team's overall bond strengthens. This gives bonuses like increased rates of certain Companion Combat Tactics such as the Guardian Vision, Assault Vision, as well as revivals, and chances to receive special items. In order to increases your Team Bond Level, you must increase individual bond levels with your teammates, complete bond episodes, and give special gifts to them. You can identify the Team Bond Level which is shown on the top-right of the screen. 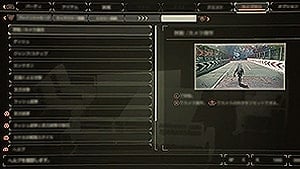 If you want to revisit all the tutorial information in the game, you can view what you learned from the Help Screen in the Library of the Main Menu. Make sure to check it for more detailed information about the Controls as well.

How do I Fast Travel?

In order to fast travel, open the world map by pressing Up on the d-pad and then select the Location that you want to travel to. Apart from selecting the area, you can also choose which sub-area you want to go to within that location.

Another tip is if you want to heal up your party instantly via Fast Travel if it is available, and when it becomes available through story progression, you can always fast travel to the Hideout which will restore all HP for your entire party. If you're low on items and HP, this is one way for you to exploit apart from trying to find and speak to Satori the Archivist

The game doesn't tell you early on, but throughout your journey, you will acquire environmental and enemy data which are called Materials. Now, you may have a problem if you're the type of person who would just get rid of these items and sell them to acquire

Kin (Money). But it's best that you keep these and gather as much as you can because, at a later part of the game, Satori will unlock the "Exchange" feature in the shop, which allows you to exchange a certain number of Materials for a specific Item. And what's good about this is since you have a lot of these materials, you can save money and acquire some items that you need, and instead, use your money on purchasing something of great value such as Weapons or a strong Plug-in.