Yuito Sumeragi in Scarlet Nexus is the playable character and main protagonist of the game. In Scarlet Nexus, players take control of Yuito Sumeragi or Kasane Randall who are new recruits of the Other Suppression Force or OSF, an elite force that is humanity’s last line of defense.

I should be able to handle any kind of Other with my psychokinesis power!

In a far distant future, a psionic hormone was discovered in the human brain, granting people extra-sensory powers and changing the world as we know it. Just as humanity was entering this new era, deranged mutants known as Others began to descend from the sky with a thirst for human brains.

A bright and optimistic boy who is both strong-willed and kind. He is the son of the Sumeragi family, descended from the founding father of New Himuka. He comes from a long line of politicians with his father, Joe Sumeragi, being the current head of government, and his brother Kaito directing the Other Suppression Force as chief.

He was nearly killed by Others as a child but was saved by a member of the OSF. Since then, he's wanted to join the OSF so that he could help other people, eventually going through intense training to become a member. He still takes good care of the ear cuffs he got when his life was saved.  He is also a passionate fan of the mascot, Baki, and collects memorabilia for it. 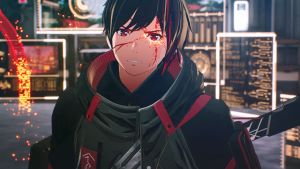 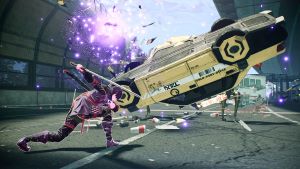 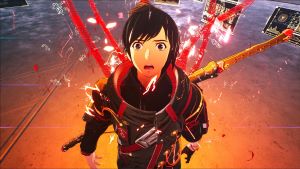